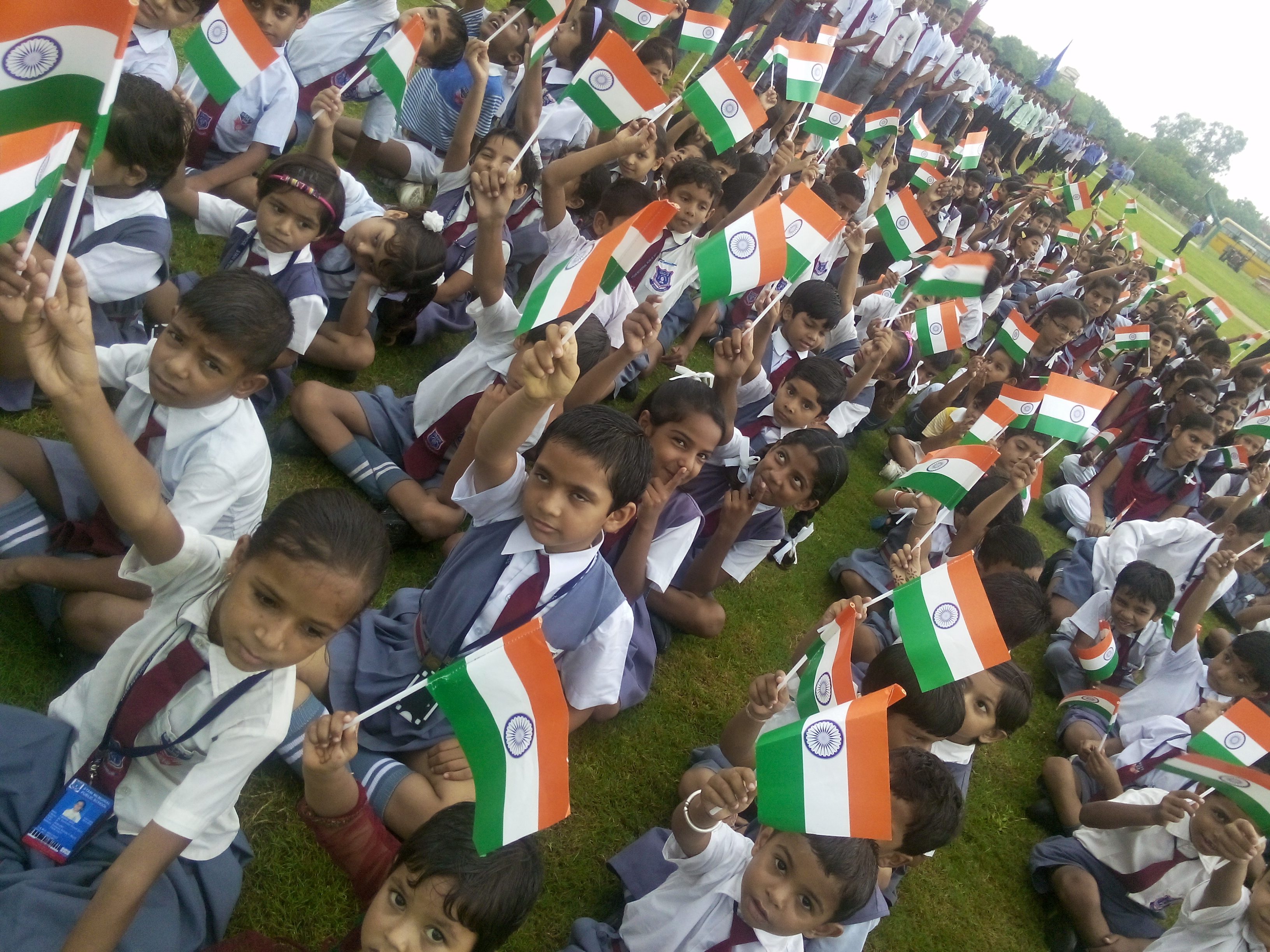 Students and teachers of school in the SMPS celebrated Independence Day by singing patriotic songs, enacting dramas on freedom struggle and doing one thing the love the most going home early from school.
SMPS School hoisted the tricolour early in the morning and allowed their students to go back home after distributing sweets. however, unfurled the national flag around 10 am and sang patriotic songs.